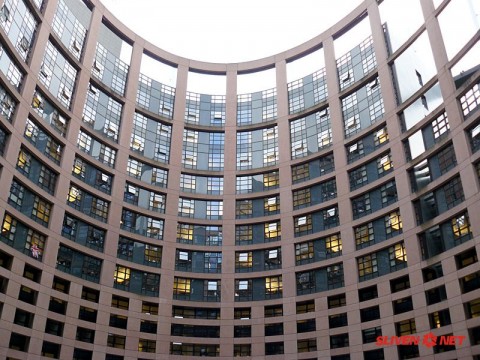 On Wednesday, a delegation of the Budgetary Control Committee, led by chair Monika Hohlmeier, concluded their visit to Warsaw to look into the disbursement of EU funds.

“We want to see EU recovery funds reach as many people and organisations in Poland, given all that they are doing to help those fleeing the war and the damage done by the pandemic. However, we as MEPs need to ensure that EU taxpayers’ money is protected and fairly distributed, and what we’ve seen on our visit here raises concerns. It seems that there are systemic problems caused by the government that prevent Poland from meeting all conditions for receiving the EU money. In particular, there are issues relating to their adherence to the rulings of the European Court of Justice,” Monika Hohlmeier (EPP, DE), head of the delegation, said at the end of the visit.

“We made an effort to look from all angles at the distribution and management of EU funds in Poland, to check whether there are systems in place to protect the EU’s financial interests. We focused on current EU funding under shared management and found that the systems to protect and control the EU funds are in place. However, we ask the government to make up for the damage done to SME’s that have been victims of the misuse of funds by letterbox companies in cooperation with big companies.

“Regarding the Recovery and Resilience Facility money (RRF), we were informed that the management and control systems for RRF funds have not yet been decided nor prepared.”

“After speaking with government and opposition politicians, prosecutors and judges, NGO representatives, journalists, paying and oversight authorities, as well as the Polish audit authority, we now have to analyse the complaints and concerns around particular cases in depth. There are signs that the distribution of public funds, including EU money, is increasingly politicised and that the complicated criteria for the receipt of EU funds hamper its fair distribution,” Ms. Hohlmeier said.

“The lack of an independent judiciary, and political interventions into the work of judges and prosecutors, gives us reason to be concerned about a growing systemic problem with the independent verification of the spending of EU funds. We expect respect for the separation of powers that is a fundamental pillar of European law. We also call on the Polish government to urgently start cooperating with the European Public Prosecutor’s Office (EPPO), so that EU-wide tax fraud and money laundering schemes can be properly prosecuted,” she added.

“A shocking revelation for us was the restrictions in place on Poland’s national court of auditors. It is crucial that the audit authorities are independent, and that they are protected and empowered to do all audits as they deem appropriate. We are very concerned about the ongoing political pressure on members of the court, the prohibition on nominations of court members, the refusal of their access to necessary documents”.

“Similarly, we were informed of a lack of transparency by the state institutions towards members of the Polish Sejm and towards the press. This is worrying, given we are facing the disbursement of recovery funds in a system where there is more national responsibility required and where Parliament and the Commission will have less power of oversight and control”.

“We will follow up on the information we received during our visit and include it in 2023’s discharge process, as well as passing it on to the Commission, the European Court of Auditors, the EU anti-fraud watchdog OLAF and the EPPO”, she concluded.

Members in the delegation