Boris Johnson will Visit Ukraine before his Resignation 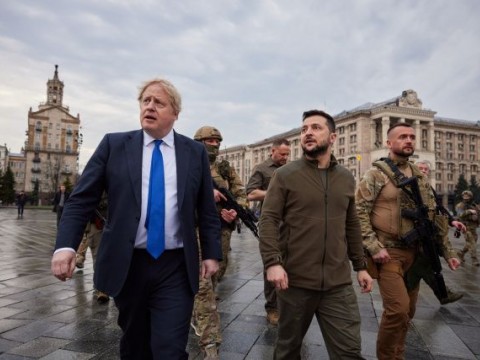 The outgoing head of the British government, Boris Johnson, plans to visit Ukraine before finally stepping down as prime minister, the Daily Express reported, citing its sources.

"Johnson feels responsible because he was the biggest supporter of Ukrainian President Volodymyr Zelensky. He can't just walk away without making sure the world supports him. Johnson hopes to meet Zelensky again before he leaves the prime minister's chair,“ a source told the newspaper.

In June, Johnson announced another £1 billion ($1.2 billion) military aid package for Ukraine. It emerged on Thursday that the UK plans to send dozens of artillery pieces, 1,600 anti-tank weapons, 50,000 rounds of ammunition, anti-battery radars and hundreds of drones to Ukraine in the coming weeks. Thus, since the end of February, London's total military aid to Kyiv has reached 2.3 billion pounds ($2.7 billion).