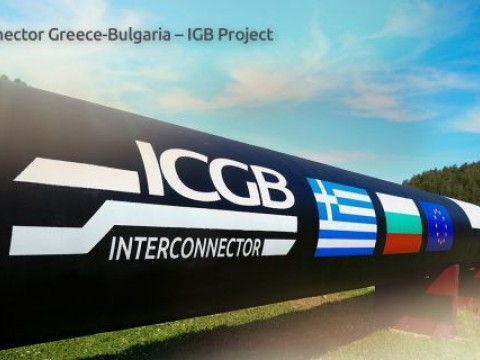 The project company of the interconnector Greece - Bulgaria - "ICGB" received a license for an independent natural gas system for the territory of the Republic of Greece, the company announced. With the published decision of the Greek energy regulator RAE, the project company responsible for the implementation of the Greece-Bulgaria interconnector will be able to carry out the activity of natural gas transmission for a period of 50 years.

A similar license for a 35-year period has already been issued by the Bulgarian regulator - the Commission for Energy and Water Regulation (EWRC). EWRC is expected to issue the final permission to start the licensing activity in accordance with the commissioning procedure. Licensing is a key step on the way to preparing the interconnector with Greece for the operational phase and is a confirmation that "ICGB" is resourcefully and technically prepared to carry out the activity of natural gas transmission.

The successful licensing of the project company in Greece marks an extremely important stage of the overall regulatory preparation of the IGB project and is one of the last regulatory processes after the successful certification of "ICGB" as an independent transmission operator. At the beginning of July, after a conciliation procedure with the European Commission, a joint decision was issued by the national regulators of Greece and Bulgaria for the certification of "ICGB". The introduction of a new two-level management model of "ICGB" is pending, which is a mandatory requirement in line with the company's restructuring as an independent transmission operator, the project company specifies.

"With this successful step in the regulatory aspect, we take another step forward towards finalizing the preparations for the operation phase of the gas pipeline. From a technical point of view, the most important thing for us is that the Greek contractor company completes the integration and testing of the automatic control system as quickly as possible and management - the so-called SCADA system. The IGB was designed as the first fully automatic gas pipeline in Bulgaria and for its efficient and safe operation, this process cannot be neglected," said ICGB Executive Directors Teodora Georgieva and Konstantinos Karayannakos.

The two emphasized that they are counting on strengthened institutional support to shorten the deadlines for the remaining administrative procedures so that the interconnector will be operational as soon as possible.

"IGB" is of key importance for increasing the security of supplies and for ensuring the diversification of natural gas sources for Bulgaria and the region of South-Eastern Europe. The project connects Bulgaria with the Southern Gas Corridor and will allow secure supplies from various sources to a number of countries, including Moldova and Ukraine, the announcement also states.