Von der Leyen: No One in Europe will Freeze this Winter 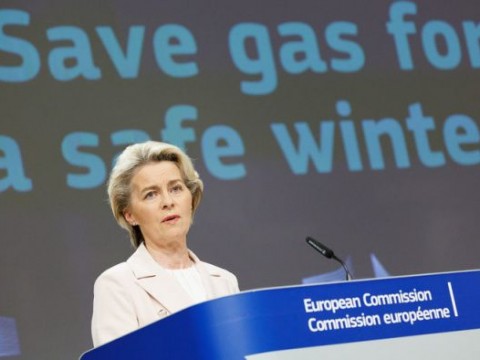 The President of the European Commission, Ursula von der Leyen, stated in an interview with the Austrian newspaper "Kurir" that Russian President Vladimir Putin will not succeed in extorting energy companies and emphasized that no one in Europe will freeze this winter.

"Since the beginning of the war in Ukraine, Putin has been trying to blackmail and divide Europe with energy supplies, but he will fail again," says Von der Leyen.

With the European Commission's proposal to reduce gas consumption by 15 percent from August 1 to March 31, she explains, it is possible to get through the winter safely, even with a complete shutdown of supplies from Russia.

Regarding the normalization of relations with Russia, Leyen replied that normal relations with Putin were unthinkable and rejected the possibility of stopping support for Ukraine.