Erdogan and Putin will Meet in Sochi 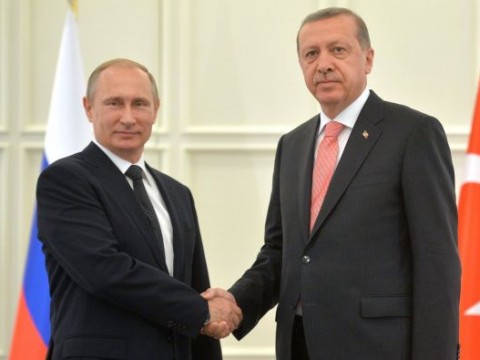 Turkish President Recep Tayyip Erdogan will meet his Russian counterpart Vladimir Putin in the Russian Black Sea resort of Sochi on August 5, the Turkish presidency announced. The meeting will be one-day, within the framework of an official visit, Turkish Radio and Television (TRT) specifies. The two leaders held their first meeting since Russia's invasion of Ukraine on the sidelines of the Syria summit in Tehran on July 19.

Erdogan has sought to put Turkey - which is on good terms with both Moscow and Kyiv - at the center of diplomatic efforts to end the war in Ukraine.

Turkey is working with the United Nations to get the warring countries to sign an accord in Istanbul last week aimed at resuming grain supplies via the Black Sea.

Russia, for its part, is troubled by Erdogan's threats to launch a new military incursion into northern Syria. Russia and Iran support the Syrian government in the decade-long conflict, while Turkey supports various rebel groups.

Last week, both Putin and Iranian leaders urged Erdogan not to launch another Syrian offensive. Analysts believe Turkey would prefer to get the approval of Russia and Iran before launching a new campaign against Kurdish fighters in northern Syria, whom Ankara views as "terrorists".