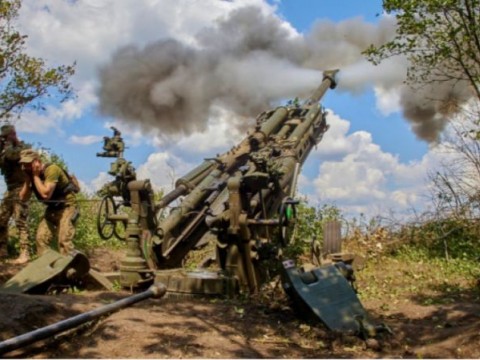 Russia has tasked mercenaries to hold sections in the frontline in Ukraine in a sign it is running short of combat infantry, Britain’s Ministry of Defense said. “Greater reliance on paid fighters from the Russian private military company Wagner for frontline duties rather than their usual work in special operations would be another sign that Russia's military is under stress six months into its war in Ukraine”, Reuters reported.

In the past 24 hours, Russia continued to launch missile attacks on multiple Ukrainian settlements. Following the destruction of key bridges over the Dnieper River and the Inhulets tributary, the Russian army has been attempting to transfer troops and ammunition to Kherson. Ukraine’s Operational Command South reported that they had destroyed 4 new Russian ammunition depots.

A Ukrainian pilot cutter hit a mine in the estuary of Danube River. However, the vessel remained afloat. Exports of Ukrainian grain to Europe and the ports of Romania and Bulgaria continue via the Ukrainian ports of Izmail, Reni and Ust-Dunaisk and Romania’s Sulina channel, UNIAN reports.