The Russian Ambassador expressed Hope that things will Change in Bulgaria 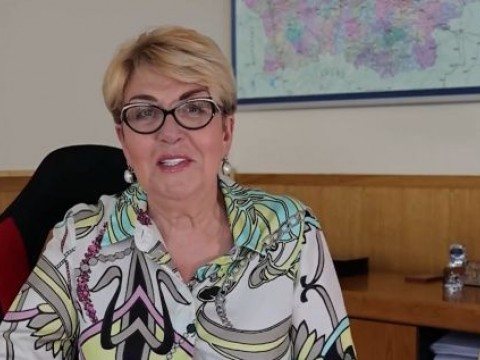 The Embassy of the Russian Federation published an excerpt from an interview of Ambassador Eleonora Mitrofanova with the Russian propaganda agency TASS, in which she expresses her hopes that the “pancake” of Bulgarian-Russian relations can be turned.

Kiril Petkov's government was among the first in the EU to disagree with Moscow's gas racket and refused to fulfill Gazprom's conditions, and in addition, 70 Putin spies were expelled from our country, which led to threats by Mitrofanova to suspension of diplomatic relations. They remained unfulfilled, and in the interview with the Kremlin propaganda official, the ambassador explains why.

"There is hope that a more pragmatic government will come. Turbulent months are ahead in Bulgaria, President Radev is about to dissolve the parliament. It will be difficult for Bulgaria to build its line of behavior. But the situation will force to move to a more pragmatic approach to many questions, especially related to the economy," Mitrofanova is emphatic.

She complains that Sofia's unprecedented decision to recall 34 diplomats and 36 technical staff has put the Russian embassy in a difficult situation.

"It was very difficult for us. Even sending the associates and their family members, a total of 185 people, to the homeland within four days was a complex organizational and technical operation, requiring numerous coordination. The work now is also extremely complicated, we have a huge embassy that needs a lot of hands. We're in a pretty tough situation, but I think we'll get through it," she says.

According to her, Bulgarians en masse had warm feelings towards Russia.

"We should not forget that Bulgaria is one of our closest Slavic countries, that 200,000 of our soldiers who liberated Bulgaria are buried here," she says. - This statement is profoundly false. The total number of victims of the Russo-Turkish war on the Balkan and Caucasian fronts is about 17,000 people.

Mitrofanova explains that Russia has not terminated diplomatic relations because "Bulgarians treat the monuments of the Russo-Turkish and World War II very carefully, we note only isolated cases of vandalism. And, of course, the memory of the people who laid down their heads for the liberation of Bulgaria, we should not surrender - we cannot simply leave the country. There are a huge number of our compatriots here, a large number of mixed marriages, people who like Russia. Therefore, we must continue to conduct humanitarian work, despite all the complexities."

How many times were the diplomatic relations between Russia and Bulgaria severed read here: https://www.novinite.com/articles/215771/How+many+Times+were+Diplomatic+Relations+between+Russia+and+%3Cb%3EBulgaria%3C/b%3E+Severed