Fire at the ammunition depot near Karnobat has been completely extinguished 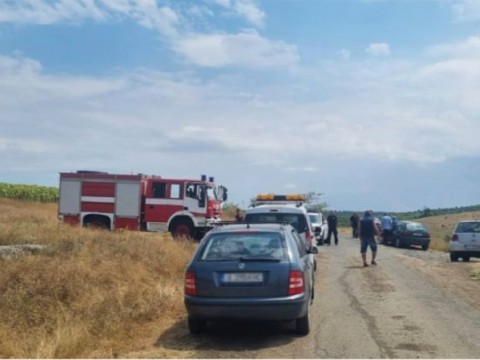 The fire which broke out at an ammunition storage facility near Karnobat in the early hours of 31 July has been extinguished completely even though the area around remains cordoned off.

After a period of 72 hours, investigators will be allowed to inspect the area to determine the cause of the fire. One of the hypothesis is arson, public service radio BNR reports.

In an interview with bTV, the owner, arms trader Emilian Gebrev said that before the explosion the security guards had received a report of a break-in. Before they were able to inspect the premises an explosion occurred followed by a fire. Whether there is intent in the explosion at the depots near Karnobat is up to the investigators to determine, Emilian Gebrev said.