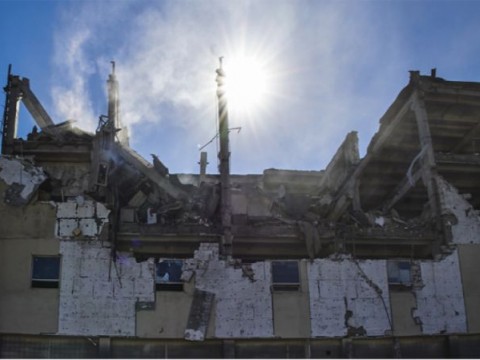 There are high chances that the first ship exporting grain will leave Ukraine on August 1. This was stated by a spokesman for the Turkish President Recep Tayyip Erdogan. CNN Turk reports that the first caravan of 16 vessels with Ukrainian grain may arrive at the Turkish port in Istanbul as early as August 3. After that, vessels with Ukrainian grain will be sent to African countries, in particular Somalia.

Ukraine is ready for Russian provocations during the export of grain from the Black Sea ports, Natalia Gumenyuk, military spokesperson for Ukraine’s Southern command said. Talking to Ukrainian national TV, Gumenyuk gave as an example the latest rocket attack against Odessa on Sunday.

Russia continued the massive shelling of residential districts in Kharkiv and Mykolaiv last night. According to Anna Zamazeeva, chair of the Mykolaiv regional council, the aggressor wants to turn Mykolaiv into a new Mariupol, UNIAN reports.

Russian forces continued ground attacks northwest of Slovyansk, northeast of Siversk, and to the east and south of Bakhmut, the US Institute for the Study of War says. Russian forces conducted limited ground attacks southwest and northwest of Izyum, consistent with ISW’s assessment that Russian forces may be setting conditions for advances northwest of the current Izyum-Slovyansk line. Russian occupation authorities are reportedly bringing citizens of distant Russian republics to live in Melitopol, purportedly in an effort to create the image of a large population living in Melitopol, the Institute for the Study of War writes.