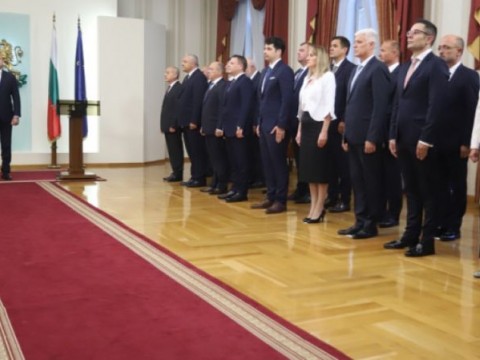 Bulgaria’s President Rumen Radev presented his fourth caretaker government, which takes power before the snap parliamentary elections on October 2. “Security is the key challenge facing the caretaker cabinet. There is a war going on. Its effects are being felt here. Tensions have been on the rise again in the Balkans. Your first priority is to prevent the country from getting drawn into a military conflict”. President Radev noted.

According to the country’s head of state, Bulgaria’s accession to the Schengen Area, the Recovery and Resilience Plan, security of energy supplies, energy prices, getting a grip on food prices, are among the priorities of the new interim government.

“The caretaker cabinet is not team B in the country’s governance. The 100th government will not be given 100 days of tolerance. Accountability and peoples' trust will keep me from losing balance. I am not looking for a loophole.”, the country’s new interim Premier Galab Donev said. “I expect from my colleagues to be fully dedicated to their job- to organize and hold fair elections, restore confidence between institutions, find a way out of all inherited crises, reduce political tensions and continue to work on the Recovery and Resilience Plan”, Premier Galab Donev went on to say.