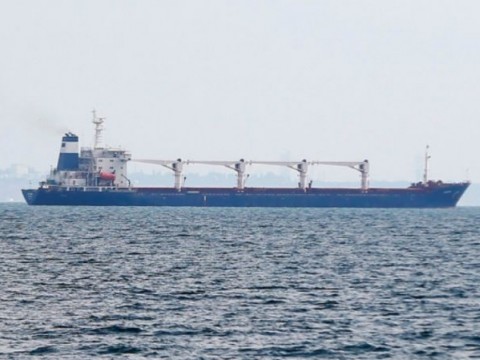 Hours after the first ship of corn left Odessa, Ukrainian President Volodymyr Zelensky stated that there were another 16 ships ready to transport grain out of Ukraine, adding that it was “too soon” to celebrate.

According to the Turkish newspaper Star, the first ship with 26 tonnes of corn from Ukraine will arrive in Istanbul on the night of 2 August, and after an inspection will leave for Lebanon on Wednesday. According to the UN, up to 5 million tonnes of farming produce a month could be exported from Ukraine using safe corridors.

US Secretary of State Antony Blinken on Monday called Russia's actions around Ukraine's Zaporizhzhia nuclear power plant “the height of irresponsibility,” accusing Moscow of using it as a “nuclear shield” in attacks on Ukrainian forces, Reuters reports. “Washington is "deeply concerned" that Moscow is now using the plant as a military base and firing on Ukrainian forces from around it,” Antony Blinken said.

The White House has announced that the US would send another USD 550 million in arms to Ukraine to meet the country’s critical security and defense needs, increasing the total American investment in war fighting there to more than USD 8.7 billion since the start of the war. This latest package of military aid includes 155 mm artillery ammunition and additional ammunition for High Mobility Artillery Rocket Systems (HIMARS).

Ukraine continues to receive advanced weapons from Germany, some of them so modern they are not in the arsenal of the Bundeswehr yet. German chancellor Olaf Scholz said, for The Globe and Mail, that “Ukrainians are being trained on new and more sophisticated equipment in several locations in Germany”.