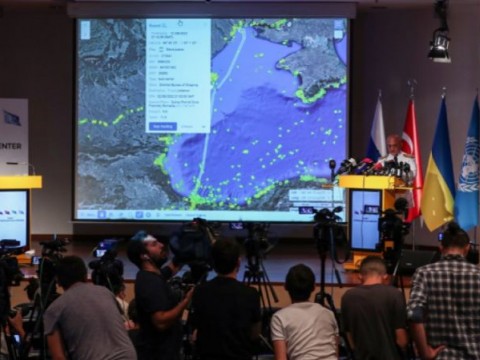 After a 36-hour trip from Odessa, the bulk carrier "Razoni" with over 26,000 tons of corn arrived in the Bosphorus , Reuters reported. This has been the first vessel loaded with grain since the UN-Turkey-brokered agreement to resume Ukrainian exports. The agency quoted the Turkish Ministry of Defense as saying that according to the plan, one cargo ship will sail from Ukraine every day.

The Pentagon denied that the Russian army struck 6 HIMARS missile systems in Ukraine. According to the Ministry of Defense in Washington, the statement made by Russian Defense Minister Sergei Shoigu was a lie.

Russian missile attacks against the whole of Ukraine continue, as they are particularly intense against the front-line cities of Kharkiv and Mykolaiv. According to the UNIAN agency, the Russian army has already restored 115 battalion groups, which, together with over 300 tanks and airborne units, are moving to southern Ukraine with the aim of holding Kherson and advancing against Mykolaiv and Odessa.