What is carbon neutrality and how can it be achieved by 2050? 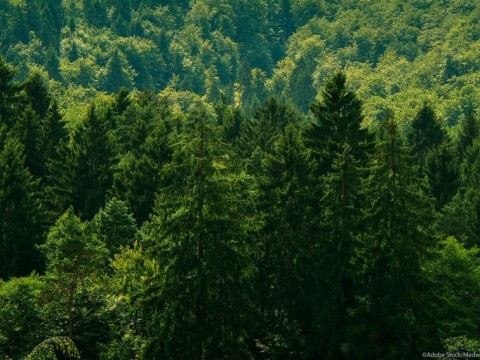 With the European Climate Law, the EU is committing to carbon neutrality by 2050. What does that mean in practice?

Climate change is already affecting the entire world, with extreme weather conditions such as drought, heat waves, heavy raind, floods and landslides becoming more frequent, including in Europe. Other consequences of the rapidly changing climate include rising sea levels, ocean acidification and loss of biodiversity.

In order to limit global warming to 1.5 degrees Celsius – a threshold the Intergovernmental Panel for Climate Change (IPCC) suggests is safe – carbon neutrality by mid-21st century is essential. This target is also laid down in the Paris agreement signed by 195 countries, including the EU.

What is carbon neutrality?

Carbon sink is any system that absorbs more carbon than it emits. The main natural carbon sinks are soil, forests and oceans. According to estimates, natural sinks remove between 9.5 and 11 Gt of CO2 per year. Annual global CO2 emissions reached 36.0 Gt in 2020.

To date, no artificial carbon sinks are able to remove carbon from the atmosphere on the necessary scale to fight global warming.

The carbon stored in natural sinks such as forests is released into the atmosphere through forest fires, changes in land use or logging. This is why it is essential to reduce carbon emissions in order to reach climate neutrality.

Another way to reduce emissions and to pursue carbon neutrality is to offset emissions made in one sector by reducing them somewhere else. This can be done through investment in renewable energy, energy efficiency or other clean, low-carbon technologies. The EU’s emissions trading system (ETS) is an example of a carbon offsetting system.

Another example of an initiative to reduce emissions is the carbon border adjustment mechanism, which would apply carbon prices on imported goods from less climate ambitious countries. This should help discourage companies moving production from the EU to somewhere with less stringent greenhouse gas emissions rules. The Commission should propose this carbon levy in 2021.

The European Union is committed to an ambitious climate policy. Under the Green Deal it aims to become the first continent to remove as many CO2 emissions as it produces by 2050. This goal became legally binding when the European Parliament and Council adopted the Climate Law in 2021. The EU’s interim emission reduction target for 2030 was also updated from 40% to at least 55%.

The EU is currently revising old legislation and setting new laws that will help deliver the 2030 goal of a 55% cut in emissions. The package of legislation is known as Fit for 55 and includes among others rules on emissions trading, national emissions reduction targets, carbon removal in the land use sector and transport emissions.