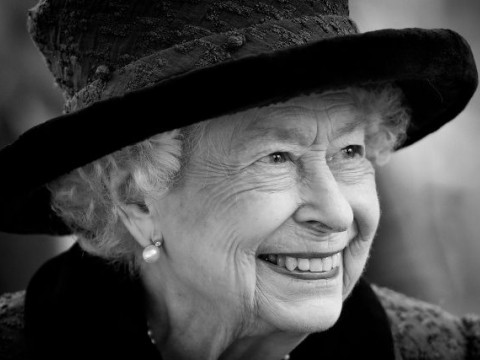 A message was published on the official website of the Royal Family.

"The Queen died peacefully at Balmoral this afternoon.

The King and The Queen Consort will remain at Balmoral this evening and will return to London tomorrow.

Queen Elizabeth II is one of the most iconic figures in world history. Her 70-year reign surpassed that of all other British monarchs, as well as most world leaders. Although she upheld the continuity and tradition of the English monarchy, her rule was anything but predictable.

Elizabeth is not first in line for the throne, but everything changes when her uncle Edward VIII refuses to head the monarchy. That title went to her father, George VI, who, however, died when his daughter was only 25 years old. The weight of the British crown falls on Elizabeth II in a dark period of history - World War II inflicts painful wounds on humanity.

"I declare to all of you that my whole life - whether long or short - will be devoted to service to you and service to our great imperial family to which we all belong," Princess Elizabeth said in an address on the occasion of 21 Birthday, 1946 in South Africa.

Presidents, popes and prime ministers come and go. The Soviet Union is collapsing. The mighty British Empire became the Commonwealth of Nations. It includes 54 countries of which Elizabeth II is the head of state.

"At this meeting the Commonwealth will be tasked with demonstrating agenda leadership - often through practical means - on global issues and drawing on the distinctive contributions of our members," the Queen stressed in a speech on 27 November 2015 in Valletta, Malta.

Elizabeth II inherits an empire in crisis. But if until now the monarchs kept their distance from their subjects, this time was different. In 1970, huge crowds greeted Elizabeth II on the streets of New Zealand's cities. The beginning of a tradition has been set - the Royal Family is now among the people.

Monarchy and secrecy have always gone hand in hand. But over the years, even the royal family learned that no one is immune from scandal. On the 40th anniversary of her coronation, Elizabeth II described the year as "terrible" in her address. After decades of unblemished reign, the triumph has been marred by 12 months marked by family scandal. The breakup of three royal couples, a scandal with the Duchess of York, Sarah Ferguson, and the burning of over a hundred rooms in Windsor Palace shook the British monarchy.

"1992 is not a year I will look back on with unfailing pleasure. In the words of one of my more sympathetic correspondents, it turned out to be an 'annus horribilis' – a terrible year!” Queen Elizabeth II pointed out on November 24, 1992 in London, UK.

Over 20 thousand public engagements will be recorded in the biography of Queen Elizabeth II. Together with her husband Prince Philip and their children, she is a patron of more than 600 charities. Calmness and composure were dominant even in the worst times of serious crisis. The pandemic of COVID-19 has not become an exception for the style of the British monarch.

"Lords and Members of the House of Commons, my government's priority is to ensure a national recovery from the pandemic. To achieve this, my government will work towards equal opportunities in all parts of the UK," the British monarch said on 11 May 2021 in London, UK.

The longest-reigning monarch in British history did not reveal her political views. But during her time on the throne, 10 Downing Street saw 14 prime ministers, from Winston Churchill to the Iron Lady Margaret Thatcher to Brexit supporter Boris Johnson.

The Island's media estimated that she had circled the Earth 42 times before the decision to stop traveling abroad in 2015.

Elizabeth II was married to Prince Philip Mountbatten for over 73 years. The Duke of Edinburgh died on 9th April 2021 aged 99. They had four children, eight grandchildren and 12 great-grandchildren.

In June, the entire country celebrated the Queen's platinum jubilee, with millions paying tribute and recognition. Then she went out on the balcony of Buckingham Palace with her family.

In 70 years on the throne, Queen Elizabeth II managed to restore the confidence of the British in the crown. And even when faced with crises within the family - such as the divorce and the subsequent death of Princess Diana, or those that shook the whole Island - such as Brexit, she did not betray her style - to always be restrained and an example to her compatriots in good and bad days./BNT