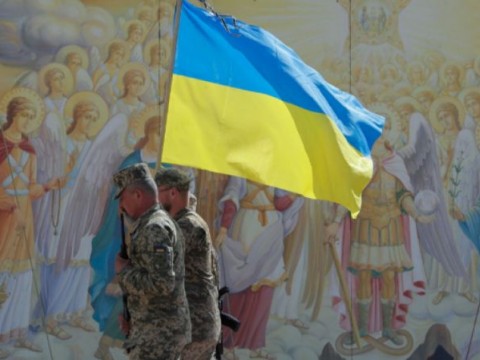 Civilians are being evacuated from from three settlements in Kharkiv, after Ukraine launched a surprise counter-offensive, head of Russian-backed administration for the Kharkiv region, Vitaly Ganchev, said, quoted by Reuters.

Ganchev said during an interview on Russian state television that civilians were being evacuated from Izium, Kupiansk and Veliky Burluk, all key towns on supply roads for Russian forces trying to extend their control of the Donetsk region of eastern Ukraine, and called the breach of Russian defences a "substantial victory" for Ukraine.

President Volodymyr Zelenskyy commended the Ukrainian military for its gains in the east, saying in a nightly video address that Ukrainian troops have reclaimed more than 30 settlements in the Kharkiv region since the start of the counteroffensive there this week.

"The war in Ukraine is entering a critical phase. Ukrainian forces have been able to stall Moscow’s offensive in Donbas, strike back behind Russian lines and retake territory," NATO Secretary General Jens Stoltenberg warned at a joint press conference with US Secretary of State Anthony Blinken in Brussels.

Ukraine's success in Kherson, Kharkiv is encouraging, U.S. Defense Secretary Lloyd Austin commented, adding that that Ukrainian forces were having some success in their operations in Kharkiv and Kherson. Meanwhile Anthony Blinken explained: “Right now, the Ukrainians do not have a viable map from which to negotiate. That’s why we’re supporting this counteroffensive…to put them in the strongest possible position, and have (Russian President Vladimir) Putin understand that after hemorrhaging all this money, all this capital, all these weapons, all these young Russian boys — who have also been chewed up along with Ukrainians — that it’s time for him to come to the table in good faith.”

The UN's atomic watchdog, the International Atomic Energy Agency (IAEA), has warned on its website that shelling near the Zaporizhzhia nuclear plant and a lack of power supply were causing a "precarious" situation. "Enerhodar has gone dark. The power plant has no off-site power. And we have seen that once infrastructure is repaired, it is damaged once again," IAEA chief Rafael Grossi said.