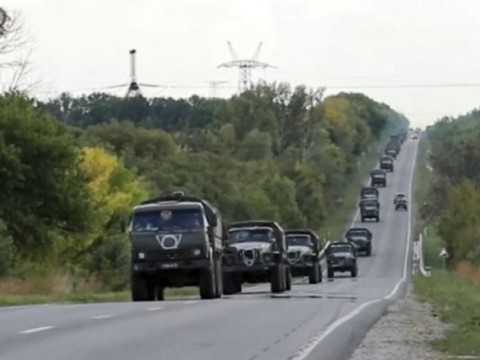 Ukraine's army has recaptured around "2,000 kilometres of territory" in September, President Volodymyr Zelensky announced Saturday, adding that the Russian army was doing the right thing in fleeing the counter-offensive. "These last days, the Russian army has shown us its best (side) -- its back," Zelensky added.The Ukrainian president spoke in a video address on Saturday evening as the country's troops entered and reportedly liberated the key strategic town of Izium and Kupyansk.

Russian Defense Ministry spokesman Igor Konashenkov on Saturday confirmed that the Army had pulled forces out of Balakliya and Izyum, after a decision to “regroup” and transfer them toward the regional capital of Donetsk in the south “in order to achieve the goals of the special military operation.”

Vladimir Putin has maintained a conspicuous silence on the military setbacks, even though news of the retreats are starting to filter onto state media, Politico writes.