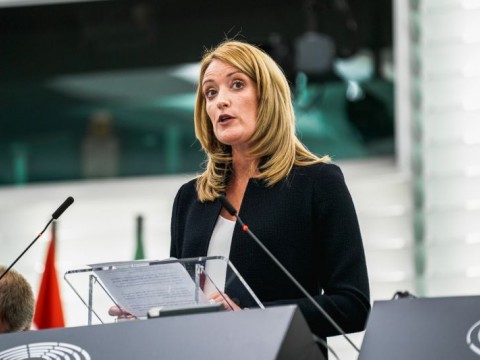 President Metsola led MEPs in a minute of silence in memory of Her Majesty Queen Elizabeth II, at the opening of the session.

The President extended her condolences to the people of the United Kingdom and the Commonwealth.

The past few weeks have been very tough, said the President: one of the most significant figures of the 20th century, Mikhail Gorbachev, passed away; climate change continues to gravely affect many, with Pakistan and Bulgaria facing devastating floods, and major wildfires have had a severe impact on France, Portugal, Greece and Spain.

This week marks the moment seventy years ago, on 10 September 1952 in Strasbourg, when Paul-Henri Spaak presided over the opening of the first session of the Common Assembly of the European Coal and Steel Community, a starting point for the European Parliament, President Metsola continued. A number of commemorative events will be held through the next twelve months to mark this anniversary, starting this weekend. An official acknowledgement of this milestone for European democracy will take place during the 21-24 November 2022 plenary session, said the President.

Pernando Barrena Arza (The Left, Spain) as of 2 September 2022

Changes to the agenda

The President has received a request for urgent procedure, pursuant to Rule 163, on the following legislative file:

The vote on this request will be taken tomorrow. If adopted, the vote will be held on Thursday.

Information concerning the distribution of votes is available under the section “Priority information”.

Requests by committees to start negotiations with Council and Commission

Decisions by committees to enter into inter-institutional negotiations (Rule 72) are published on the plenary website.

If no request for a vote in Parliament on the decision to enter into negotiations is made by Tuesday 12.00 midnight, the committees may start negotiations.