Day 202 of the Invasion of Ukraine: Kyiv has Recaptured 1 Percent of its Territory this Month 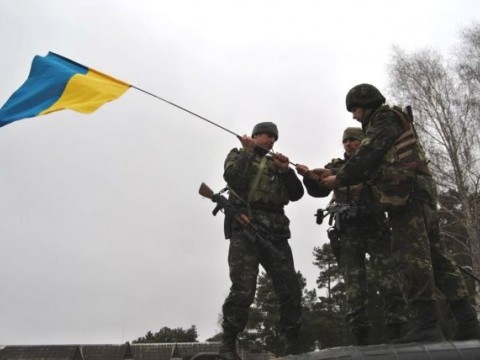 Ukrainian President Volodymyr Zelensky will discuss with the Managing Director of the International Monetary Fund Kristalina Georgieva a program to provide additional financing to Kyiv. Zelensky also called on the West to speed up arms deliveries to Ukraine and accused Russia of imposing energy terror on Europe.

The Ukrainian leader will seek a full-scale financing program from the fund, Reuters reports, without specifying whether President Zelensky and Kristalina Georgieva will talk by phone or hold a face-to-face meeting. The IMF's Executive Board yesterday discussed the possibility of providing Ukraine with $1.4 billion in emergency aid through the Rapid Financing Facility.

A few days ago, Ukrainian Prime Minister Denys Shmyhal criticized the fund for being "passive" in providing support to Kyiv and called for more activity. The head of the National Bank of Ukraine, Kirill Shevchenko, previously said that by the end of this year, Kyiv wants to conclude a new agreement with the fund in the amount of $15-20 billion, with payments within two to three years.

Meanwhile, Ukraine's president is calling on the West to speed up the delivery of weapons systems as Ukrainian troops seek to consolidate control over much of the northeastern territory retaken from Russia. He added that an eighth package of sanctions against Russia should be implemented. Volodymyr Zelensky said that the country has recaptured about 6,000 square kilometers in the counteroffensive against Russia in recent days. The president accused Russia of imposing terror by shelling the Zaporizhzhia nuclear power plant:

"This is energy terror. When the citizens of the world suffer from the painful increase in the price of energy sources - electricity, heat energy, Russia is deliberately destabilizing the gas market in Europe. With its shelling of Zaporizhzhia, it is deliberately limiting our opportunities to export electricity to Europe. Export of electricity from Ukraine will now ease the burden of the energy crisis just as food exports ease the burden of the global food crisis."

For its part, the Kremlin insisted yesterday that the so-called from Moscow “special military operation” will achieve its goals. Spokesman Dmitry Peskov referred specific questions about the Ukrainian counteroffensive to the defense ministry.

The Ukrainian army has captured the Russian-occupied city of Sviatohirsk, located near the border where three oblasts (regions) - Donetsk, Kharkiv and Luhansk - meet, unofficial Russian and Ukrainian sources said. On Twitter and Telegram, the press service of the National Guard of Ukraine distributed a video of Guardsman Vitaly Markov, filmed already in the dark part of the day in front of the building of the local administration in Sviatohirsk.

The recording starts with the popular "Good evening, we are from Ukraine". According to the statement of the military, who was filmed against the background of the signs of the Sviatohirsk City Council of the Kramatorsk District of the Donetsk Region, units of the National Guard of Ukraine, the Armed Forces of Ukraine and the Territorial Defense of Ukraine entered Sviatohirsk. “Step by step, meter by meter we are liberating our country from the occupiers. The victory will necessarily be ours. Glory to Ukraine, glory to the National Guard of Ukraine.”

Before this video was released, information appeared on Twitter and Telegram that a Ukrainian flag was being flown in front of the building of local authorities, but there were still doubts whether the Ukrainian Armed Forces had entered the city, or whether the raising of the flag was the work of local resistance. According to the same information, there was no trace of the presence of Russian soldiers in the city.

Sviatohirsk was captured by the Russians on June 6, along with its adjacent territories. The Russian Federation claims that the city is located in territory over which the Donetsk People's Republic had claimed sovereignty and Russia recognized the DPR within those borders.

Numerous civilian casualties were found in the liberated Ukrainian villages

In Ukraine - again alarming data about the situation in the villages freed from Russian occupation.

After the Ukrainian army announced yesterday that it had achieved its biggest success since the beginning of the war and Kyiv had regained more than 500 sq. km. territories in the Kherson region, today the picture in the region is becoming clear. At least 4 bodies of civilians with signs of torture were found in the Kharkiv village of Zaliznychnoe.

According to the Ukrainian prosecutor's office, three civilians were buried in a private yard, and a fourth - on the territory of a local asphalt plant. In another village in the district - Grakovoe, there are numerous ruins that testify to the fierceness of the fighting. The bodies of civilians with signs of torture and gunshot wounds to the back of the head were again found there.

After the withdrawal of Russian forces from the Kyiv region, mass graves were found in a number of settlements in the region of the capital. The most shocking was the data from Bucha, where there were dozens of victims.

The US: Many of the Russian troops retreating near Kharkiv have left Ukraine

Russia has largely retreated from its positions in the Kharkiv region and many of the retreating Russian troops have left Ukraine, crossing the border and returning to Russia, a senior US military official said last night, according to Reuters.

"Overall, in our opinion, the Ukrainians are making progress in their struggle to liberate and regain the territories in southern and eastern Ukraine," the US military representative, who asked to remain anonymous, told reporters.

"We believe that in the vicinity of Kharkiv, Russian forces have largely ceded their positions to the Ukrainians and withdrawn to the north and east. Many of these forces have crossed the border into Russia," he pointed out.

Ukraine has recaptured 1% of its territory this month

More than 6,000 square kilometers of Ukrainian land have been retaken by the country's armed forces in the course of a counteroffensive that caught the Russian army off guard this month.

This was announced by President Volodymyr Zelensky in his evening video address. Hours before that, similar data came from Deputy Defense Minister Hanna Malyar.

The number represents only 1% of the Ukrainian territory (and Russia holds a fifth), amounting to 604 thousand square km.

However, the progress has been noted in just two weeks and has prompted both the withdrawal of the Russian military from almost the entire Kharkiv region and criticism from allies of the head of state, Vladimir Putin.

The number cannot be confirmed by an independent source, but just two days ago the authorities were talking about 2,000 or 3,000 sq km. Yesterday, the British Ministry of Defense defined the territory captured in recent days as twice the size of London.

Less than 24 hours ago, it was also reported that Ukrainian forces reached areas of the border with Russia, which until now were under Russian control. The governor of the Kharkiv region, Oleg Sinegubov, also spoke about this. "The movement of our troops continues," Zelensky said.

Last night, the Ukrainian army said it had liberated more than 20 villages in 24 hours. Meanwhile, Russia continued its shelling of Kharkiv Oblast, a day after strikes on heating plants left parts of it without electricity and the city itself briefly without water.

And United States Secretary of State Antony Blinken said on Monday that Ukrainian forces had made "significant progress," but cautioned that it was too early to draw any firm conclusions. Reuters quoted a senior US military official last night, who spoke on condition of anonymity, as saying that many of the retreating Russian soldiers in the Kharkiv region had left Ukraine.

The new British military intelligence briefing said that among the withdrawn forces were elements of the elite First Guards Tank Army, under the Western Military District, designed primarily to defend Moscow and to lead counter-attacks in the event of a war with NATO. The weakening of this and other Western Military District formations suggests that it will take years to rebuild conventional Russian forces to deter NATO.

Nevertheless, according to the Associated Press, the US is careful not to rejoice prematurely, because the leadership knows that "Russian President Vladimir Putin still has soldiers and resources at his disposal, and his forces control vast areas in the east and south."

"Ukraine has turned the tide of hostilities in its direction, but the current counteroffensive will not end the war," said an analysis by the Institute for the Study of War, a Washington-based think tank.

Slowly in the south

The mayor of Izyum Vitaly Marchenko (his town is among three key towns in Kharkiv region recaptured in recent days along with Kupyansk and Balakliia) told the BBC that the army is clearing the town and looking for Russian soldiers who may be hiding in residents' homes. According to him, the return of those who fled because of the conflict will be possible in ten days.

The counter-offensive in the south, to which Ukraine's public talk was directed in recent months (before it occurred around Kharkiv), continued, albeit more slowly. Russian authorities reported strikes by Kyiv forces on the hard-hit Antonovsky Bridge in Kherson, which was not destroyed in the attacks. The bridge is now unusable, and the attempt to build a pontoon as an alternative for the passage of the Russian units has so far not been crowned with success.