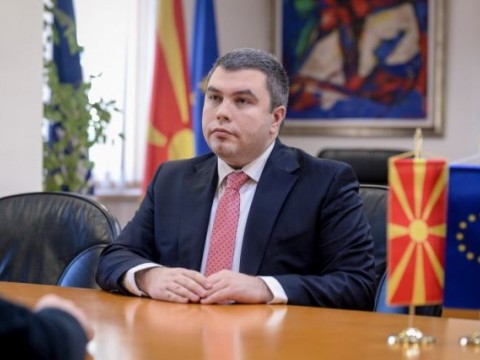 “It makes no sense to hold a referendum when, regardless of the result, the opposition VMRO-DPMNE does not plan to vote. Only one referendum makes sense - whether you are in favor of EU membership or not, all the other questions are a way of getting around the only real question. No one in the government is satisfied with the compromise that was made with Bulgaria”. This was said by North Macedonia's Deputy Prime Minister for European Affairs Bojan Marichic.

"The question of a referendum is really serious and I regret that VMRO-DPMNE opened it in this way. It is not about a confrontation between the government and the opposition, but simply about why the citizens are put in such a situation. Let us recall that the topic proposed by VMRO-DPMNE for the referendum is related to the Treaty with Bulgaria from 2017, for which, like the French proposal from July of this year, VMRO-DPMNE did not even have the courage and opportunity to vote against. They left the hall during the vote on the French proposal," Marichic said in his appearance on Telma TV.

"If VMRO-DPMNE was really against the French proposal and against the Treaty with Bulgaria, it would have voted against the ratification," Marichic pointed out.

“Nobody in the government,” he said, “was happy with the compromise that was made with Bulgaria. But we must be guided by state interests and the desire for the state to move forward. We have two interests: to preserve our identity and language and to become a member of the European Union," said Marichic.

According to him, the Treaty with Bulgaria does not include constitutional changes.