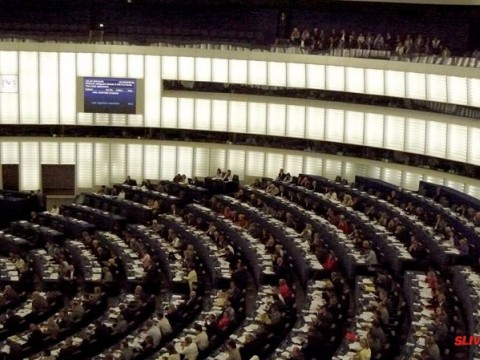 Soaring energy prices and the EU’s push for renewables

The current spike in energy prices, as well as proposals to mitigate their impact on families and businesses will be the focus of an afternoon debate with Commissioner Simson and the Czech Presidency, to be wrapped up with a resolution in the next plenary session. In an earlier exchange of views with Commissioner Vălean, MEPs will discuss a draft law to speed up the deployment of renewable energy, increasing the share of this type of sources in the EU’s overall energy consumption to 45% by 2030. The vote will take place tomorrow.

Parliament will debate at 13.00 with Commissioner Schmit the new rules on minimum wages, aimed at tackling in-work poverty and fostering collective bargaining. The final vote on the text will be held tomorrow.

“This is Europe” debate with Finnish Prime Minister Sanna Marin

At 10.30, Finland’s Prime Minister Sanna Marin will present plenary with her views on the EU’s current situation and perspectives. Following a discussion with MEPs, Ms Marin will give a press conference together with President Metsola around 12.00.

MEPs will quiz EU diplomacy chief Josep Borrell over the latest developments in the war in Ukraine. The Ukrainian forces’ recent counteroffensive in the south and east of the country and the nuclear watchdog’s assessment of the situation in Zaporizhzhia’s nuclear power plant are likely to feature in the discussion.

After a summer of devastating droughts and fires across Europe, MEPs will assess with Commission Vice-President Timmermans and the Czech Presidency the EU’s response to these ever more frequent extreme weather phenomena, starting at 9.00. In a resolution to be voted on by MEPs on Thursday, they are set to insist on the need to enhance the EU’s efforts to combat climate change.

Chinese provocations against Taiwan. MEPs and EU Foreign Policy Chief Josep Borrell will debate relations between China and Taiwan and the deteriorating security situation. A resolution will be put to the vote on Thursday.

Treatment of refugees and migrants in the EU and at its borders. Plenary will discuss with Commissioner Johansson and the Czech Presidency how to ensure access to asylum procedures and decent reception conditions for migrants in Europe and prevent human rights violations.

Parliament’s demands for 2023 EU budget. MEPs will outline their priorities for next year’s budget and give their opinion on the Council’s proposed cuts, in a debate with Commissioner Hahn and the Czech Presidency.

The voting session will start at 12.00. Find here a detailed voting schedule. MEPs will vote, among others, on:

whether to fast-track a proposal for macrofinancial assistance for Ukraine;

a six-month prolongation of the EU-Mauritius fisheries agreement, and

the impact of COVID-19 closures of educational, cultural, youth and sports activities on children and young people in the EU.

Live coverage of the session can be found on Parliament’s webstreaming: https://multimedia.europarl.europa.eu/en/webstreaming?df=2022-09-13 and on EbS+: https://audiovisual.ec.europa.eu/en/ebs/2/20220913

Check also our newsletter for detailed information on the session, as well as the plenary page for all priority information.