Day 206 of the Invasion of Ukraine: Biden warned Russia against Using Chemical or Tactical Nuclear Weapons in Ukraine 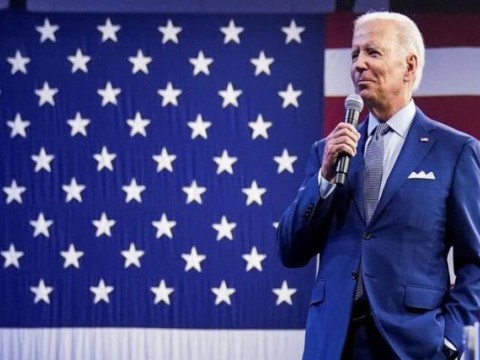 US President Joe Biden warned Russia against using chemical or tactical nuclear weapons during the war in Ukraine.

In an interview with CBS News, when asked what he would say to his Russian counterpart, Vladimir Putin, the American president said:

"Don't. Don't. Don't. In such a development, Russia will become an even greater pariah. Its actions will determine the response."

We remind you - after the invasion of Ukraine in February, Russian President Vladimir Putin put the country's nuclear forces on special alert. He defined the reason as "aggressive statements" by the West. The BBC writes that Russia has almost 6,000 nuclear warheads.

Ukraine reported over 1,000 tortured and killed in Kharkiv region

The human rights commissioner of the Ukrainian parliament said on Friday that more than a thousand people had been tortured and killed in the Russian-occupied areas of Kharkiv region, Russia's Interfax news agency reported.

Dmytro Lubinets also said that in the coming days, Ukrainian authorities will announce the exact number of people found at a mass burial site in the city of Izyum.

Earlier, President Volodymyr Zelensky accused Russia of torture and war crimes in northeastern Ukraine and compared the aftermath in the recaptured areas to revelations made in the vicinity of Kyiv after the withdrawal of the Russian military in the spring from Bucha and other suburbs of the capital.

In an interview in his presidential office, he told Reuters that many Ukrainians had been buried, including entire families and people who had been tortured.

"To date there are 450 dead, buried. But there are other, separate burials of many people. Tortured people. Whole families in certain territories," he said.

Asked if there was evidence of war crimes, he said international investigative teams were on the ground and working.

Russia has regularly denied attacking civilians during what it calls a "special military operation" in Ukraine and has in the past said allegations of human rights abuses are a smear campaign.

Kharkiv Oblast Governor Oleg Singubov told reporters on Friday that in one of the mass graves near Izyum, some of the exhumed bodies were found with their hands tied behind their backs. According to him, 99% of the bodies have traces of violence.

Moscow has not commented on the mass burial site in Izyum, which was a Russian frontline stronghold before Ukraine's counteroffensive forced its forces to flee.

A Czech diplomat was fired for spying for Russia

A high-ranking Czech diplomat was fired for passing information to Russian intelligence services, the Czech Foreign Ministry said yesterday, as quoted by AFP.

"I confirm that I have decided to take measures to ensure that an official who has cooperated with a foreign country no longer works in the ministry," Czech Foreign Minister Jan Lipovsky said. "I will not comment further for security reasons".

According to Czech media, the diplomat took advantage of his access to the highest level of security and worked for the Russian Foreign Intelligence Service (FSI).

The daily "Denik N" claims that the diplomat in question has worked for the Foreign Ministry since the 1990s in various positions, including in embassies abroad.

ISW: Self-mobilization has begun in Russia according to Kadyrov's plan

Russian regions have united around Chechen leader Ramzan Kadyrov's call for "self-mobilization". That's according to a new analysis by the Institute for the Study of War (ISW).

"Self-mobilization" is deployed locally to add additional forces to the Russian occupiers.

On September 16, Vladivostok City Hall confirmed that the city administration is sending letters to men aged 25 to 63 who have experience in the field of military service and are enrolled in the reserve, as well as to those who are registered at the local military commissariat in Vladivostok. They are invited to join the volunteer units of the BARS (combat reserve of the country's army) or the volunteer units "Tiger" (Marine Corps).

The town hall emphasizes that "each recipient makes his own decision". At the same time, analysts point out that the recruiters are trying to deceive the men that they have been formally and legally drafted. In fact, the letters are simply an invitation to discuss volunteering.

Analysts say the Vladivostok mayor's statement indicates that Russian municipal leaders may be under pressure from federal authorities to create "volunteer battalions."

Kadyrov's idea of ​​"self-mobilization" is also supported by other regions. In particular, Kirov Oblast Governor Alexander Sokolov announced that Kirov had formed its second Shironin volunteer battalion, and stated that the regional Vyatka volunteer battalion was already fighting in Ukraine.

The so-called "leader" of occupied Crimea, Sergei Aksyonov, said on September 16 that the peninsula was increasing its efforts to recruit volunteers. According to him, unidentified large banking institutions allegedly got involved in financing the volunteer battalions with the necessary modern equipment.

The leaders of Voronezh, Chuvash and Bashkir regions also declared support for "self-mobilization" and that they would recruit about 1,000 volunteers from each region for the war in Ukraine.

Kemerovo Governor Sergei Tsivilev pledged financial support for the volunteer battalions and said many Kemerovo residents are already fighting in the Russian army.

On September 16, the ideologue of "self-mobilization" Kadyrov announced that the Chechen battalions "Vostok" and "Zapad" were transferred to Donbas. According to him, another "armed to the teeth" military unit Akhmat-1 of 2,000 people was created.

He announced the creation of the new units and added that his new unit would fire "on Ukrainian and Western mercenaries in Ukraine," but did not specify whether the unit was already at the front.

The odious Chechen leader Ramzan Kadyrov gave an idea that aims to save the Kremlin from announcing a general mobilization. He announced a plan for "self-mobilization" in which "each head of a region can prepare, train and equip at least a thousand volunteers."

Earlier, Kadyrov talked about declaring martial law in Russia and called on the regions themselves to begin mobilization now. He adds that Chechen units will continue the war in Ukraine even if Putin's so-called "special operation" ends.