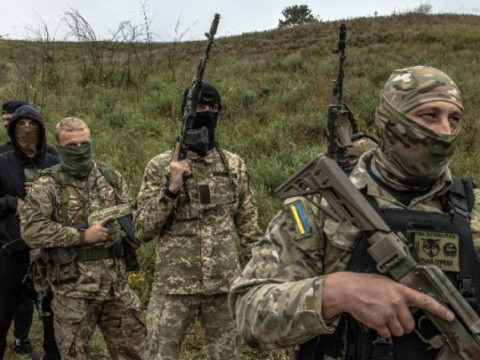 Ukrainian authorities continue to exhume bodies from the mass graves found in the retaken town of Izyum. Ukraine’s President Volodymyr Zelensky accused Russia of torture and war crimes in Ukraine’s northeast. The Czech Presidency of the Council of the EU has called for the establishment of an international tribunal for war crimes after new mass graves were found in Ukraine.

It may happen that the annexed peninsula of Crimea will be returned by diplomatic means, Volodymyr Zelensky said in an interview for Reuters.

Russian forces continue to conduct meaningless operations around the Donetsk city and Bakhmut, instead of focusing on defending against Ukrainian counteroffensives that continue to advance, the Institute for the Study of War announced. “Russian troops continue to attack Bakhmut and various villages near Donetsk City of emotional significance to pro-war residents of the Donetsk People’s Republic (DNR) but little other importance. The Russians are apparently directing some of the very limited reserves available in Ukraine to these efforts rather than to the vulnerable Russian defensive lines hastily thrown up along the Oskil River in eastern Kharkiv Oblast”, the Institute for the Study of War said.