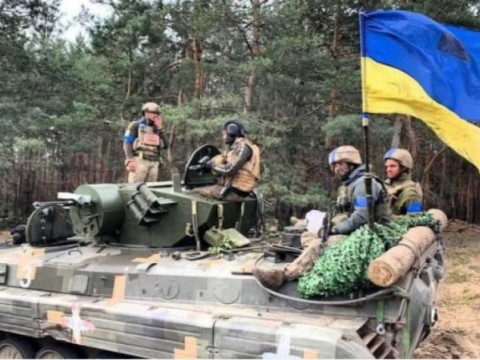 Ukrainian President Volodymyr Zelensky has promised that there will be no "lull" in the fight to regain all Ukrainian territory lost to Russia. In a video address, Zelensky said that the perception of a lull in hostilities after the Ukrainian successes was false.

Without specifying the area, the Ukrainian army announced and showed a video that it had successfully controlled the left bank of the Oskil River in the Kharkiv region. Russian troops are unlikely to prevent the continued advance, the Strategic Communications Directorate of the Ukrainian Armed Forces claims.

The most senior American military, the chairman of the Joint Chiefs of Staff, Gen. Mark Milley called for vigilance, saying the war "is not going very well for Russia at the moment" and it raises fears of an escalation of the conflict by the Kremlin.

Russia will not be able to use energy blackmail to change the US policy of supporting Ukraine, President Joe Biden said in an interview with CBS. He said American support will continue as long as necessary because the Ukrainian people are paying an extremely high price in the war.