Day 210 of the Invasion of Ukraine: Putin Declares Partial Mobilization and Threatens the West with Nuclear Weapons 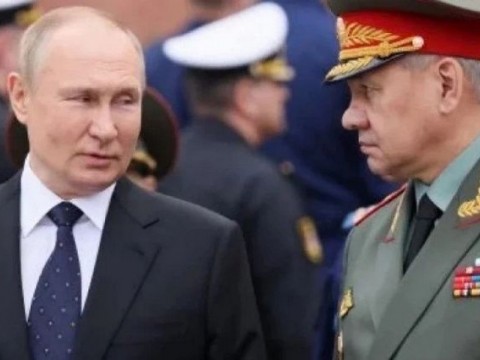 Russian President Vladimir Putin surprisingly announced a partial military mobilization and threatened NATO with nuclear weapons. In addition, he announced that he supports yesterday's apparently coordinated calls by the occupation authorities in the territories of Ukraine occupied by the Russian army to hold referendums on joining Russia from Friday.

"We have no moral right to abandon these people," Putin said, signaling yet another round of annexation of a foreign country's territory.

The relevant decree has already been signed, mobilization activities will begin from September 21, Wednesday, he announced in a televised address.

"The call for military service will belong only to those citizens who are in the reserve, and above all those who have served in the armed forces, have certain military specialties and relevant experience," Putin emphasized.

Shortly after that, Defense Minister Sergei Shoigu made a speech, according to whom 300,000 people will be called up for military service. The minister assured that "we have huge resources of 25 million people" and the mobilization is "for those who have passed military service, have specialties in missiles, artillery, tank and liaison units, are on military record or have combat experience." Russian laws stipulate that from today all borders of Russia are closed for them to leave it. Groups such as students or conscripts for example will not be affected. He officially increased the number of Russian soldiers killed to almost 6,000 in the ministry's first data since March on the dead soldiers in Ukraine.

The presidential decree states that those actually working in the military industrial complex will receive a deferment from mobilization, and the government is ordered to determine other categories of citizens who will benefit from this exception.

Putin justified his decision not with the war in Ukraine, but because "the West crossed all lines in its aggression against Russia", which he wanted to destroy. Therefore, he took "the necessary urgent steps to protect the sovereignty, security and territorial integrity of Russia".

In his video address, he returned to his most extreme statements since the beginning of the war, talking about "the neo-Nazi regime that seized power in Ukraine in 2014 as a result of an armed coup", about "our brothers and sisters - residents of Donetsk and the Luhansk People's Republics, Kherson and Zaporizhzhia regions and other regions freed from the neo-Nazi regime" and about the "cleansing of cities and villages from neo-Nazis" in Donbas.

After saying that the West "crudely imposes its will on other countries and peoples and instills its pseudo-values ​​on them," Putin added:

"The goal of this West is to weaken, divide and ultimately destroy our country. They already directly say that in 1991 they managed to split the Soviet Union, and now the time has come for Russia itself to break up into regions and districts at war with each other."

The ruble immediately began to depreciate on the Moscow stock exchange, losing 2.3% of its value minutes after Putin's speech, falling below 62 rubles to the dollar.

Mykhailo Podolyak, a key adviser to Ukrainian President Volodymyr Zelensky, told Reuters that Putin's statement was predictable because the war was not going according to his initial plans. The rest of what he said was about blaming the West for the war and the deteriorating economic situation, he added.

In Ukraine, they issued a warning to all men in the occupied territories - to flee immediately, because after the "referendums" ending on September 27, they will be forced into the trenches to fight under Russian laws, as was already done in the LPR and DPR.

Germany: Putin must understand that he cannot win the war

Putin will give up his "imperial ambitions," which risk destroying Ukraine and Russia, only if he realizes he cannot win the war. This was stated by German Chancellor Olaf Scholz in his speech before the 77th session of the UN General Assembly, which began on Tuesday evening.

The chancellor of Europe's biggest economy said the return of imperialism with Putin's war on Ukraine was not only a disaster for Europe but also for the rules-based world order. He called on the UN to protect them from those who would prefer a world in which "the strong rule the weak".

"Shall we watch helplessly as some seek to catapult us back into a world order where war is a common vehicle of politics, independent nations must align themselves with their stronger neighbors or colonial masters, and prosperity and human rights are the privilege of the lucky few? Or do we manage it together to ensure that the multipolar world of the 21st century remains a multilateral world? My answer as a German and a European is: we have to manage it," stated Olaf Scholz.

Pro-Russian leaders of the occupied four Ukrainian regions have announced plans to hold referendums on joining Russia in the coming days. These intentions were strongly condemned by world leaders at the UN General Assembly.

In what appeared to be a concerted move, pro-Russian representatives announced referendums between September 23 and 27 in Luhansk, Donetsk, Kherson and Zaporizhzhia regions, which account for about 15 percent of Ukraine's territory, about the size of Hungary.

Some of the pro-Russian authorities in these regions described the polls, which have been in the works for several months, as an ultimatum to the West to accept Russian territorial gains or face all-out war.

In a similar model, the Crimean Peninsula was annexed in 2014. Russian Foreign Minister Sergey Lavrov said:

"From the very beginning of the special military operation, and even before that, we claim that the peoples in these territories must decide their own destiny."

The EU's top diplomat, Josep Borrell, said the bloc would not recognize the results of the referendums.

"We know that these referendums will be manipulated, we know that Russia will use these sham referendums as a basis to annex these territories now or in the future. Let me be clear, if this happens, and this is not yet certain, the US will never to recognize Russia's claims. We unequivocally reject Russia's actions and will continue to work with our allies and partners to make Moscow pay and support Ukraine."

French President Emmanuel Macron described the referendum plans as a "travesty" on the sidelines of the 77th session of the United Nations General Assembly in New York.

"These referendums will have no legal value, let alone the annexation of territories where hostilities are taking place. What Russia has announced is a travesty. The only real thing is the war that Russia has decided on and the resistance of Ukraine".

Referendums will be rigged, according to German Chancellor Olaf Scholz.

"There are many questions on this occasion, but what actually happened, what sounded from what was not heard before. Our positions are known. Only this should interest us, not what sounds somewhere, but the things, which are our task"

But at the same time he stressed:

"There are some countries that today want to be on the sidelines. But there should not be a balance between good and evil, light and darkness in the war of the aggressor and the colonizer - the Russian Federation, which is at war exactly against us - with open occupation. These countries must to choose a side".

In Kherson, where the regional capital is the only major city Russia still holds, Ukraine launched a counteroffensive. One is also being prepared in Luhansk, with the goal being the restoration of the entire region, said Governor Serhii Gaidai.

Russia currently controls 60 percent of the Donetsk region after its forces were driven out of neighboring Kharkiv province this month.

In the south, Russia controls most of the Zaporizhzhia region, but not the regional capital.

Lavrov arrived in New York after over 12 hours of flight

Russian Foreign Minister Sergey Lavrov arrived in New York at the 77th session of the UN General Assembly. He will hardly keep good memories of this trip - the diplomat spent more than 12 hours on the plane, because the aircraft had to bypass airspace closed by "unfriendly countries" and was not even allowed to land. This is clear from a TASS report.

Russian planes are banned from flying over EU airspace, as well as European countries such as the United Kingdom, Norway or Switzerland, in addition to Canada and the United States itself.

For the United States, Lavrov and his delegation received the visas necessary to enter the country, but only to attend the annual meeting of the UN General Assembly.

Yesterday, Russian President Vladimir Putin announced that in his speech to the organization, Lavrov would defend Moscow's position on "ending the unipolar world". Putin accused the US of wanting to impose "hegemony" on the UN General Assembly.

"The development of multipolarity meets resistance from those who seek to maintain a hegemonic role in world affairs and control everything: Latin America, Europe, Asia and Africa. (…) But this cannot last forever. It is impossible," said Putin yesterday. "We in Russia will not give up our sovereign path. As a permanent member of the UN Security Council, we want to advance a unifying international agenda (…) and contribute to the resolution of serious regional crises," he assured.

The war in Ukraine could lead to a new division in the world at a time when climate change and rising food prices could lead to instability. These are some of the highlights of the speeches of world leaders at the 77th UN General Assembly taking place in New York.

Yesterday, French President Emmanuel Macron described Russia's invasion of Ukraine as, "a new era of imperialism" and warned that inaction could "destroy the world order without which peace is not possible." One of the highlights of today is the speech of US President Joe Biden.

The forum at the UN this week is an opportunity for the US to confirm the condemnation of Russia's actions and isolate it even more on the international stage. President Joe Biden will speak during the sixth plenary session, which begins today at 4 p.m. Bulgarian time.

Biden, who relies on direct contact with leaders, will look for opportunities to use his touted acquaintances with world leaders stemming from his five decades of experience as a public figure. Expectations are for busy meetings with global leaders with an emphasis on the war in Ukraine, global inflation, China's growing influence, climate change and the president's key topic of threats to democracy around the world.

This is the first UN General Assembly since the start of the Covid-19 pandemic where world leaders will be able to see each other live instead of during hybrid and virtual formats.

Ukrainian President Volodymyr Zelensky will participate virtually. The leaders of China and Russia will not be in New York and their representatives will be there instead.

The Bulgarian president will also not attend, as Bulgaria is represented at the forum by a government delegation led by the Minister of Foreign Affairs Nikolay Milkov.