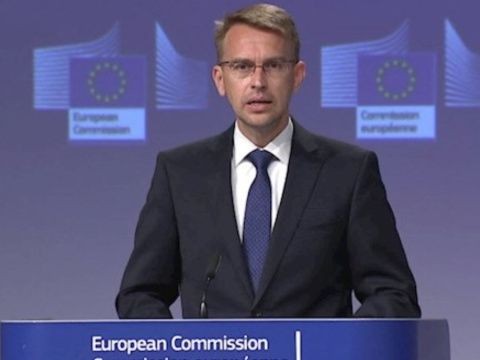 "Russian President Vladimir Putin's move to partially mobilize troops, as well as insisting on a vote on annexation of the occupied territories, shows his despair at Moscow's military failures in Ukraine," Stano said.

He added that Putin's announcement of partial mobilization is a clear signal to the international community that Russia is interested in "continuing the war."

"This once again shows that Putin is not interested in peace. This is a clear signal to the international community that he is only interested in further destructive war," he said. "This is another sign of his despair at how his aggression against Ukraine is going."

"The EU is not at war with Russia, but supports Ukraine in the defense of its independence and territorial integrity," Stano added at a press conference in Brussels, commenting on the speech of Russian President Vladimir Putin.

Belgian Prime Minister Alexander de Croo called on EU countries to remain calm and not add fuel to the fire after the Russian president's speech.

"We must react calmly, not add fuel to the fire. We must not provoke," de Croo said.

At the same time, he stated that it is necessary to maintain the position regarding Ukraine and continue to provide it with assistance. According to him, Belgium has already provided aid to Ukraine worth 55 million euros and will continue to do so.