Biden after the US Midterm Elections: This is a Victory for Democracy 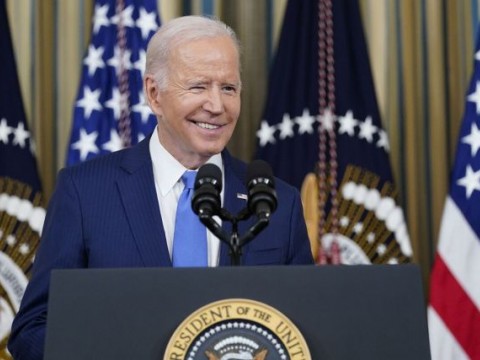 US President Joe Biden said the withdrawal from Kherson shows Russia has serious problems with its military.

He also commented that it was interesting that Moscow waited until after the US midterm elections to announce their withdrawal.

He said the withdrawal would allow both countries to regroup for the upcoming winter, but according to Biden, it remains unclear whether Ukraine is ready to compromise with Russia.

Who are the big winners in the US midterm elections?

As for the vote, Joe Biden said Tuesday was a good day for democracy. The White House expressed satisfaction with the performance of the Democratic Party in the midterm elections.

Colored in blue on the map remains the state of Kansas, a traditionally Republican bastion that currently has a Democratic governor.

To determine who will control the House of Representatives and the Senate, the results of Georgia, Nevada and Arizona are expected.

"This is a good day for democracy. A good day for America. Our democracy has been put to the test, but with their votes, Americans have made it clear that we are a democratic country. We don't know the final results, but we do know one thing - however much support they predicted for Republicans, it didn't happen," said US President Joe Biden./BNT