China’s President: The Army must be Ready for War 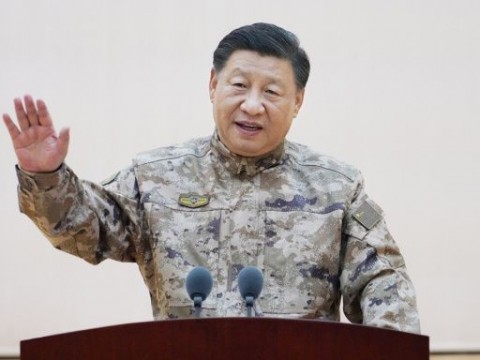 Chinese President Xi Jinping has asked the country's military to focus on preparing for war and "focus all its energy on fighting".

“People's Daily”, one of the ruling mouthpieces, showed photos of Xi in uniform during a visit to a command center and relayed the words of the head of state, who recently secured a third term.

In the English version of People's Daily, these words are absent, but his comment is retold as follows: "Xi Jingping said that the entire army should devote all its energy and do all its work to prepare for battle, to enhance its ability to fight and win and to effectively carry out its missions and tasks in the new era."

In addition, both the Hong Kong "South China Morning Post" and the British "Guardian" write about preparations for war.

He said the "whole army" must focus on its capabilities, days after he warned at a major party congress last month of "dangerous storms" on the horizon. It is also necessary for the army to "resolutely defend national sovereignty and national security" in the "unstable and unclear" situation in which the country finds itself in terms of security.

Not for the first time, but more and more often

The Guardian notes that this is another such comment by Xi since he came to power (there were such in 2013 and 2017), but according to analysts, he has much more emphasis on war rhetoric. Willy Lam, a research fellow at the Jamestown Foundation in Washington, said it was Xi's message to the US and Taiwan after a veiled threat to the US was made over support for Taipei at the congress, linking rising tensions to "foreign interference". The word "struggle" was used 17 times during his speech to the Congress, and "security" 50 times.

"We will never promise to give up the use of force," Xi told the congress, but that was only a reiteration of the "white paper" released around US House Speaker Nancy Pelosi's visit to Taiwan this summer.

That visit raised tensions between Washington, Taipei and Beijing and led to exercises in the Taiwan Strait and fears of another war involving a world power. There has also been a series of European visits in recent weeks.

Biden has repeatedly said the US would defend Taiwan if it was attacked - a longstanding US commitment that enjoys public support from some US allies.