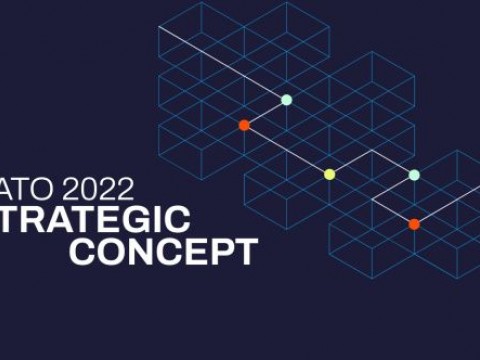 In comparison to NATO's strategic concept, the recently unveiled US national security and defense strategies reveal transatlantic differences over China.

The Biden administration's 2022 US national security and defense strategies were revealed in October, 2022. They are both China-centered. It is all about China. Biden's National Security Strategy 2022 sees China as the main US adversary, moving forward. It describes China as "America's most consequential geopolitical challenge". According to the strategy, China is "the only competitor with both the intent to reshape the international order and, increasingly, the economic, diplomatic, military, and technological power to advance that objective."

In the US National Defense Strategy 2022 also unveiled in October this year, China is seen as the "most consequential strategic competitor for the coming decades" and as the one that presents "the most consequential and systemic challenge". The foremost challenge the US is facing is the strategic competition with China: "The most comprehensive and serious challenge to U.S. national security is the PRC's coercive and increasingly aggressive endeavor to refashion the Indo-Pacific region and the international system to suit its interests and authoritarian preferences."

The 2022 NATO Strategic Concept was adopted at the Madrid Summit, 29-30 June 2022. In comparison to the NATO strategic concept, Russia, and not China, is the most significant and direct threat to NATO, according to the NATO strategic concept. The concept does not call China "aggressive", for example, in comparison to the US strategies. NATO's language on China is quite soft, especially compared to the language on Russia. The strategy reads that NATO remains open to constructive engagement with China, including to build reciprocal transparency. When it comes to Russia though, NATO takes a different hard stance:

"The Russian Federation is the most significant and direct threat to Allies' security and to peace and stability in the Euro-Atlantic area. It seeks to establish spheres of influence and direct control through coercion, subversion, aggression and annexation. It uses conventional, cyber and hybrid means against us and our partners. Its coercive military posture, rhetoric and proven willingness to use force to pursue its political goals undermine the rules-based international order. The Russian Federation is modernizing its nuclear forces and expanding its novel and disruptive dual-capable delivery systems, while employing coercive nuclear signaling. It aims to destabilize countries to our East and South. In the High North, its capability to disrupt Allied reinforcements and freedom of navigation across the North Atlantic is a strategic challenge to the Alliance. Moscow's military build-up, including in the Baltic, Black and Mediterranean Sea regions, along with its military integration with Belarus, challenge our security and interests."

Russia, not China, is the most significant and direct threat to NATO, according to the NATO strategic concept. China poses "systemic challenges" to Euro-Atlantic security and its "coercive tactics" and efforts aim to divide the Alliance.

China is an issue mentioned all the way down to Paragraph 13 of the NATO concept:

"The People's Republic of China's (PRC) stated ambitions and coercive policies challenge our interests, security and values. The PRC employs a broad range of political, economic and military tools to increase its global footprint and project power, while remaining opaque about its strategy, intentions and military build-up. The PRC's malicious hybrid and cyber operations and its confrontational rhetoric and disinformation target Allies and harm Alliance security. The PRC seeks to control key technological and industrial sectors, critical infrastructure, and strategic materials and supply chains. It uses its economic leverage to create strategic dependencies and enhance its influence. It strives to subvert the rules-based international order, including in the space, cyber and maritime domains. The deepening strategic partnership between the People's Republic of China and the Russian Federation and their mutually reinforcing attempts to undercut the rules-based international order run counter to our values and interests."

What can account for this difference? First of all, NATO is built as an Alliance in response to Russia. Russia will always come up first on the NATO's list of adversaries. That's in NATO's DNA. But there is more to that. Poll after poll show that Europeans do not see China as an adversary and do not see Europe as engaged in a Cold War against China. On the other hand, the numbers of Americans that see China as the US's greatest adversary are quite high. This is why you will not see European NATO team up with the US against China.

The US might have hoped to lead European NATO into a bigger confrontation with China but that will not happen anytime soon. French President Macron said awhile ago that he didn't think that everyone ganging up on China was a viable option. The NATO strategic concept shows that China is certainly on NATO's radar but it is nowhere close to Russia and other issues as a priority. This is a difference with the US that will only deepen. European NATO will not follow the US in regard to China. 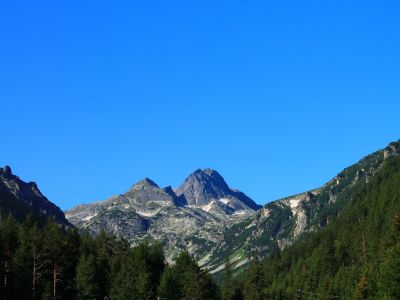