At least 35 injured after 6.1 magnitude Earthquake in Turkey 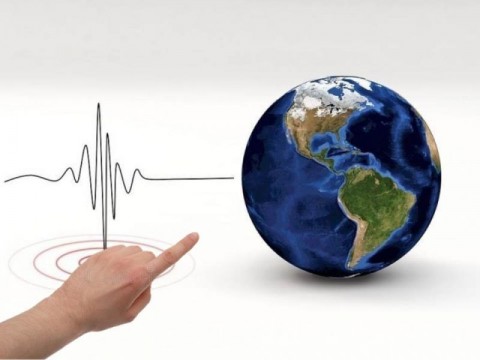 A 6.1-magnitude earthquake shook northwestern Turkey in the early hours of the day, injuring at least 35 people.

The epicenter of the quake was located about 170 km east of Istanbul, the country's largest city, where it was also strongly felt.

National authorities said the quake had a magnitude of 5.9, lower than the US Geological Survey's 6.1. The epicenter was in the area of ​​the city of Duzce, although it also shook other nearby towns.

"We woke up to a loud noise and shaking," Duzce resident Fatma Kolak told AFP. "We left our homes in panic and now we are waiting outside".

Health Minister Fahrettin Koca said on Twitter that 35 people were injured, including 32 in Duzce, one in Istanbul and two others in the nearby provinces of Bolu and Zonguldak.

Interior Minister Süleyman Soylu, who visited the quake area, said one person was seriously injured after jumping from a balcony in panic. He said 70 aftershocks were recorded.

The initially released photos show them covered in blankets outside their homes early in the morning.

Authorities said schools in Duzje and Sakarya provinces will be closed today.

Soylu said that apart from a few destroyed barns, there were no reports of major damage or building collapses, but the data was constantly being updated.

The national disaster agency AFAD said there were controlled power outages in the Duzje area, urging residents not to panic.

Turkey is located in one of the most active earthquake zones in the world.

Duzce was one of the regions hit by a 7.4 magnitude earthquake in 1999, Turkey's worst in decades. This earthquake killed more than 17,000 people, including about 1,000 in Istanbul.

Experts have long warned that a major earthquake could devastate Istanbul, which has allowed large-scale construction without precautions.