A strengthened enlargement policy is the EU’s strongest geopolitical tool 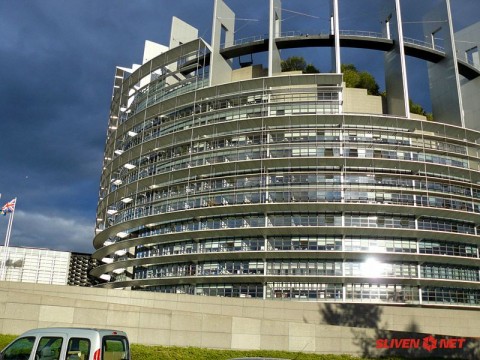 MEPs call on the EU to overcome the status quo and reenergise the enlargement process both among member states and in applicant countries.

In light of the growing Russian threat to European peace and stability, an enhanced enlargement policy remains the strongest geopolitical tool at the EU’s disposal, MEPs argue in a recommendation adopted in plenary on Wednesday.

To be a more credible and efficient global player, the EU should reform its decision-making procedures for the accession of new members and scrap the need for unanimity, replacing it with qualified majority. MEPs also call on member states to deliver on the EU’s commitments towards the Western Balkans and Eastern Partnership countries and ensure no alternatives are offered to candidate countries in place of full EU membership.

MEPs demand that democratic reform and the rule of law be put at the forefront of the enlargement process, alongside improved monitoring, reporting, assessment and conditionality.

The Recommendation on the New EU Strategy for Enlargement adopted by MEPs urges the EU to make EU funding and its tangible results more visible in enlargement countries. They also want the EU to work on preventing third-party interference in the political, electoral, and other democratic processes of these countries.

At the same time as ensuring that any stagnation or backtracking in the EU-related reform process is sanctioned in real time, the EU should also reward candidate countries when they make sustainable progress, including by phasing them into the EU single market. They demand clear deadlines for concluding negotiations with the accession countries and insist they should finish by the end of the current decade at the latest.

Underlining the importance for the EU of prioritising the alignment of accession countries with the EU’s common foreign and security policy, MEPs say that accession negotiations with Serbia should advance only if the country supports EU sanctions against Russia and makes significant progress on EU-related reforms.

Members welcome the European Council’s exceptionally swift decision on the EU membership applications of Ukraine, the Republic of Moldova and Georgia and call on these three countries to advance with substantial reforms.

Parliament also welcomes the Commission’s conditional recommendation for granting candidate country status to Bosnia and Herzegovina and calls on the European Council to follow up on the recommendation as soon as possible.

The rapporteur Tonino Picula (S&D, HR) said: “This house has always been the most prominent supporter of enlargement. By adopting solid recommendations on how future enlargement policy should be implemented, we can once again set the tone and standards to enable the European Union to grow and prosper. We wish to ensure that the EU remains an evolving community of European states open to like-minded democracies joining it, sharing common values and interests.”

The Recommendation has been adopted by 502 votes in favour, 75 against and 61 abstentions.